Dumb phones are considered to be a more feasible option for those who do not use the internet on their phones that much. There is a good percentage of mobile phone users who stick to just calling and messaging, as was originally done when mobile phones were introduced on the market.

This older generation does not find much use for the more complicated smartphones that have inundated the market over the past few years. Many feel they are too costly, too complex to use, and too bulky. So, there are many people who prefer to stick to the more traditional mobile phones, often referred to as dumb phones. There is not really anything dumb about these mobile phones other than the fact that when compared to smartphones they have very few features and apps. But for such people this is actually preferable as they are easier to use and more practical.

If you are one of these types of mobile phones users and are currently looking to buy a dumb phone that can serve you well enough, you may wish to go through this list of some of the best dumb phones you can find on the market.

Nokia 108 – this mobile phone offers good value for money. First of all it is really great when it comes to standby time, and you won’t have to worry about charging it for several days. It has a reasonably good camera, and even a built-in FM radio. It is small and portable, and very light too. Sound clarity when making calls is great, and texting with it is easy. It is said to be very responsive too.

Nokia 130 – with a 1.8 inch display, 4MB internal storage and a practical look, the Nokia 130 is a good option for a dumb phone. Its strong point is its battery life, and of course, its very cheap price.

Nokia 3310 – the more recent version of this all-time version includes a 2MP camera, FM radio, MicroSD card slot and a design that reminds you of the older version. Yet, it also offers 3G. There are some who loved this version for the sake of reusing a 3310, while others still prefer the older one. But when it comes to being a dumb phone it ranks among the best on the market. 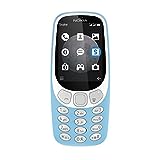 Alcatel 10.54 – this is definitely one of the cheapest dumb phones around! And even if it is so cheap you get to have a mobile phone that includes a camera, and a built-in FM radio. It is simple and practical and rather sturdy too. 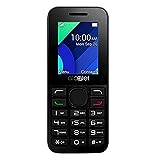 LG Exalt 2 – if you like flip phones then you are probably going to like the LG Exalt 2. It has a nice, thin and sleek design, it is compact and simple to use too. Texting on it is easy and the screen is not smallish either as it has a 3 inch display. The camera is quite good too.

These are just a few of the dumb phones you could buy. There are several others you can find for sale at really low prices.